Free walk-in Lateral Flow Tests (LFTs) are available from Cheshire West and Chester Council’s own mobile pop-up COVID-19 testing units which will be in Northwich next week.  As of 24 January, the pop-up testing units, which also offer free kits for people to use at home (although supplies are limited), will be located at:

The current approach to testing in the borough is not part of a surge testing programme but is in response to testing where COVID-19 rates are relatively high.  The pop-up testing units will provide a free LFT test to anyone who does not have any COVID-19 symptoms.  This type of test is good at picking up people who have no symptoms but are infected with COVID-19 and so may be unknowingly spreading the disease. 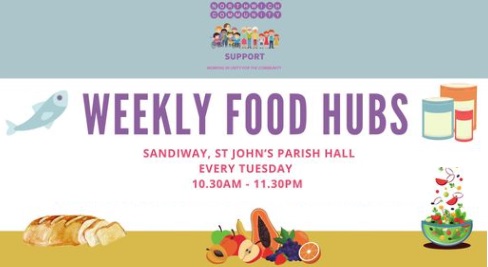 Contrary to previous information, we can confirm that the Hub will be operating on Tuesday 25 January due to the postponement of the Panto at the Church Hall.

The organisers of the Northwich Community Support group would appreciate help to set up the Hub at the hall on Monday evenings 8,45pm, and/or to help Tuesday mornings 10-11.30am.

Do you have some time you feel you could give to help the Council support people in our neighbourhood?

Across the country pressures in the care system are increasing, with care providers unable to recruit as many staff as they would like to, and Covid-19 forcing staff to stay away from work for periods of time. As the situation worsens there may not be enough staff to care for the people who need it.

Cheshire West and Chester Council is now looking to recruit a small workforce that could be called on in times of emergency to help support people within their local areas. They are calling on anyone, with or without care experience, to help ensure everyone who needs support gets it.

All members of the workforce will receive a sign-up bonus, alongside a week’s training, fully paid, before undertaking any roles. Ongoing support will also be available and, if and when called upon, members would be paid for their time.

PRESS HERE for the full Media Release from Cheshire West and Chester Borough Council and ways to sign up.

One Week Left To Have Your Say on Police Budget!

Residents across the county have one week left to make their views known on the level of council tax that people in Cheshire pay for their police service. Police and Crime Commissioner John Dwyer’s survey will close at midday on Tuesday 25 January.

You can take the survey at www.surveymonkey.co.uk/r/yourpolicebudget2022-23

Launching the survey earlier this month, Commissioner John Dwyer said: “I believe this budget represents what residents of Cheshire have told me they want. More officers, better call response times, and an increased focus on tackling ASB and making our roads safer.

“This budget will build on the work done since I took office in May, where nearly £4 million in extra funding has been brought in to prevent and tackle crime in our county, and in that time the Chief Constable and I have also been able to commit to taking our officer numbers to the highest level in modern times. This should give people confidence in our Constabulary to deliver the priorities set out in my Police and Crime Plan.”

To support the budget, the Commissioner is asking local people if they would be willing to pay approximately 83p per month extra via the police precept, for the average band D household.

The police budget proposed by the Commissioner includes:

The survey will close at midday on Tuesday 25 January.

To request a hard copy of the survey, please email This email address is being protected from spambots. You need JavaScript enabled to view it.