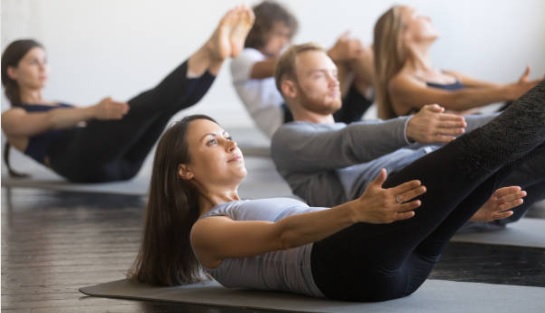 This new activity is commencing from next Wednesday evening in the Village Hall, 7:30-9:00pm. "A gentle yoga class followed by journaling, goal setting and relaxation. To help people to take time for them to practice self care."

This course will operate each month on the 1st Wednesday.  Please contact Holly Jaskolka on email: This email address is being protected from spambots. You need JavaScript enabled to view it. to learn more and to book direct: www.holjaskolka.as.me.

We have had a number of people who have offered to volunteer, but we are still looking for more helpers so please contact the clubs secretary Steve on This email address is being protected from spambots. You need JavaScript enabled to view it. if you are willing to assist.

Preparations are now complete and the Youth Club looks fantastic and ready to welcome guests:

Rail News for September, but strike action returns in October

PRESS HERE for the new train timetable which applies until mid December.

Always check before you travel, alterations can happen at short notice: www.northernrailway.co.uk, or 0800 200 6060.

Northern Rail can keep you updated with any news of potential future strikes, if announced - press on www.northernrailway.co.uk/travel/strikes for the latest information.

Northwich Library is closing its doors to the public temporarily to allow for a structural investigation of the rear wall of the library which is in need of attention relating to the age and condition of the existing timber framed building (PRESS HERE to learn more).  As a result, Sandiway, Barnton and Weaverham libraries will be offering extended opening hours while Northwich is closed.

The extended hours during this time are:

It would appear that Northwich library is to remain closed to the public until late September for "stabilisation work and further structural investigations on the building".  It is anticipated that Sandiway Library's extended opening hours will remain in place until then.  PRESS HERE for the August Press Release.

Northwich library is to remain closed to the public much longer than originally envisaged.  A new temporary home for library services and events in Northwich will now be identified for the duration of the refurbishment work and a decision on location will be confirmed in October.  Library services with extended opening hours are currently operating at Sandiway, Barnton and Weaverham libraries and loans from Northwich are being extended to the end of October.   PRESS HERE for the latest Press Release.